Dolmen is an upcoming sci-fi action rpg being created by Massive Work Studio. The release date for Dolmen is currently unknown, but the Kickstarter is suppose to start on April 4, 2018. It is expected to release on Steam in September 2018 with Xbox and Playstation releases following later.

When an earthling awakens in the middle of Revion Prime, where the greatest massacre of the galaxy has occurred, one should not expect him to go very far. Not if all the animal life of this place wants to shut his noisy heart up and finally go back to sleep above the corpses of endless nameless races that rot under the sky.

But who is this person? And why is he or she so far from home? The Earth is just a distant memory, there is no crew and the resources are nearing the end. Wouldn’t it be easier to hide and die in silence inside the shelter of the ship’s remains?
[Read more...]
Gameplay
Featured images 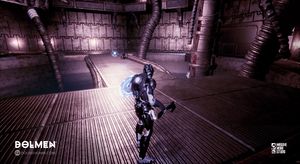 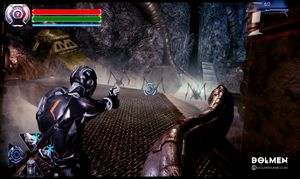 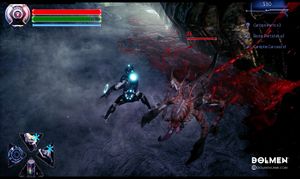 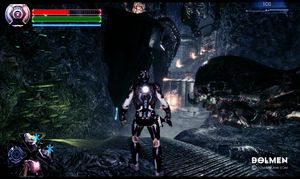 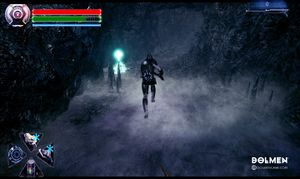 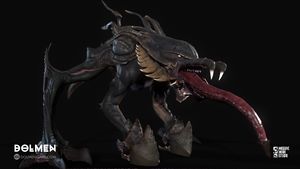 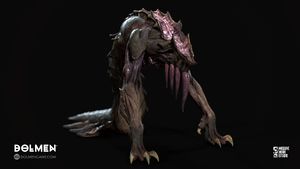 Main page sections: 1 · 2 · 3 · 4. Changes for the main page can be proposed here.
Retrieved from "https://dolmen.gamepedia.com/index.php?title=Dolmen_Wiki&oldid=511"
Category: